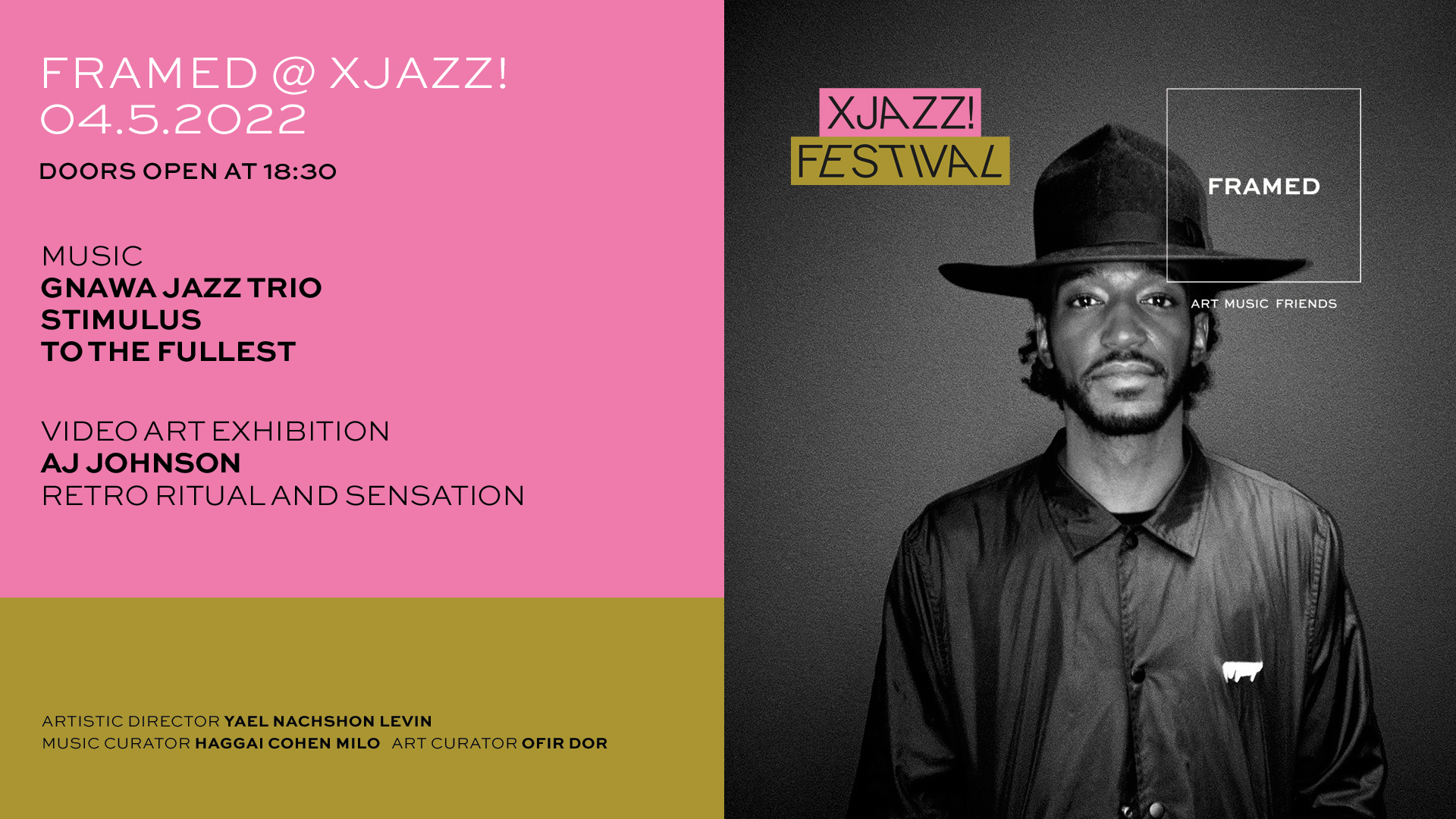 A new collaboration between FRAMED eV and XJAZZ festival to create a completely fresh experience for the music and art lovers, combining the strengths of two of Berlin’s youngest, most relevant and grass-roots cultural initiatives.

This will be one night to rule them all – mixing music & dance performances with a video art exhibit.

GNAWA JAZZ TRIO: Karim Ziad, Mehdi Nassouli & Omri Mor
Mehdi Nassouli grew up immersed in Morocco’s Gnawa culture. A prodigious musical talent, he learned to play a wide range of instruments at an early age, becoming especially passionate about the three-stringed plucked lute, the Guembri. Karim Ziad, whom his friends fondly call the Little Prince, plays, in addition to various percussion instruments, guitar and gumbri (a Moroccan bass lute) and sings. With his music Ziad wants to bring people closer together, especially the people of East and West. And so it is a crackling and tension-filled musical mixture that awaits you on this new shiny silver disc: the sounds of the traditional music of North Africa – the Maghreb – flow into a more than simply productive fusion of jazz and electronic sounds. “When pianit Omri Mor starts using keys and strings to emulate a gimbri, or similar, you really know you’re in the presence of some new kind of genius.” His musical prowess ranges from Classical and Jazz to Arabo-Andalusian music. As of today, he tours frequently with bassist Avishai Cohen’s trio, and has recently released his debut album, “It’s About Time!”

STIMULUS – The Brooklyn-born rapper was discovered by Mark Ronson, who recorded and produced his first demo. Stimulus is now based in Berlin where he became one of the first artists ever featured on the popular show COLORS. “Brooklyn Raps and Berlin Beats Gloriously Unite ” – was the title of Highsnobiety review of Stimulus’ release with Black Fryar. His TEDx talk on Hip Hop and world culture was as intriguing and entertaining as his music. Stimulus debuted the first song from his attention-grabbing EP “SOON” on Sway In The Morning. From sets at New York’s legendary Blue Note jazz club with Robert Glasper, to concerts and festivals on 6 continents, Stim is always on point as an artist.

To The Fullest – Freshca & Slunch are two of the founding members of the international hip-hop dance crew from Hamburg called To The Fullest. Award winning dancers who can bring the raw energy of street dance to clubs as well as theaters around the world. They have been collaborating with choreographers, musicians and composers to integrate different styles of street/hip-hop dance with contemporary and classical settings while keeping the energy and authenticity of the origins of the movements.

AJ Johnson is an experimental artist, video jockey and editor. AJ presents and creates projection work that dives into scenes from archival videos that are collaged and re-cut, then repurposed with a focus on transgressive feminine power and censorship of sensuality in the past. By finding videos of elation and emotion, AJ seamlessly weaves and collages together unique expressions of lost moments. Eventually these forgotten scenes metamorphosize into visuals that encapsulate lo-fi retro psycho surrealism; revealing that perhaps your grandmother may not have been as pious as you were once led to believe.