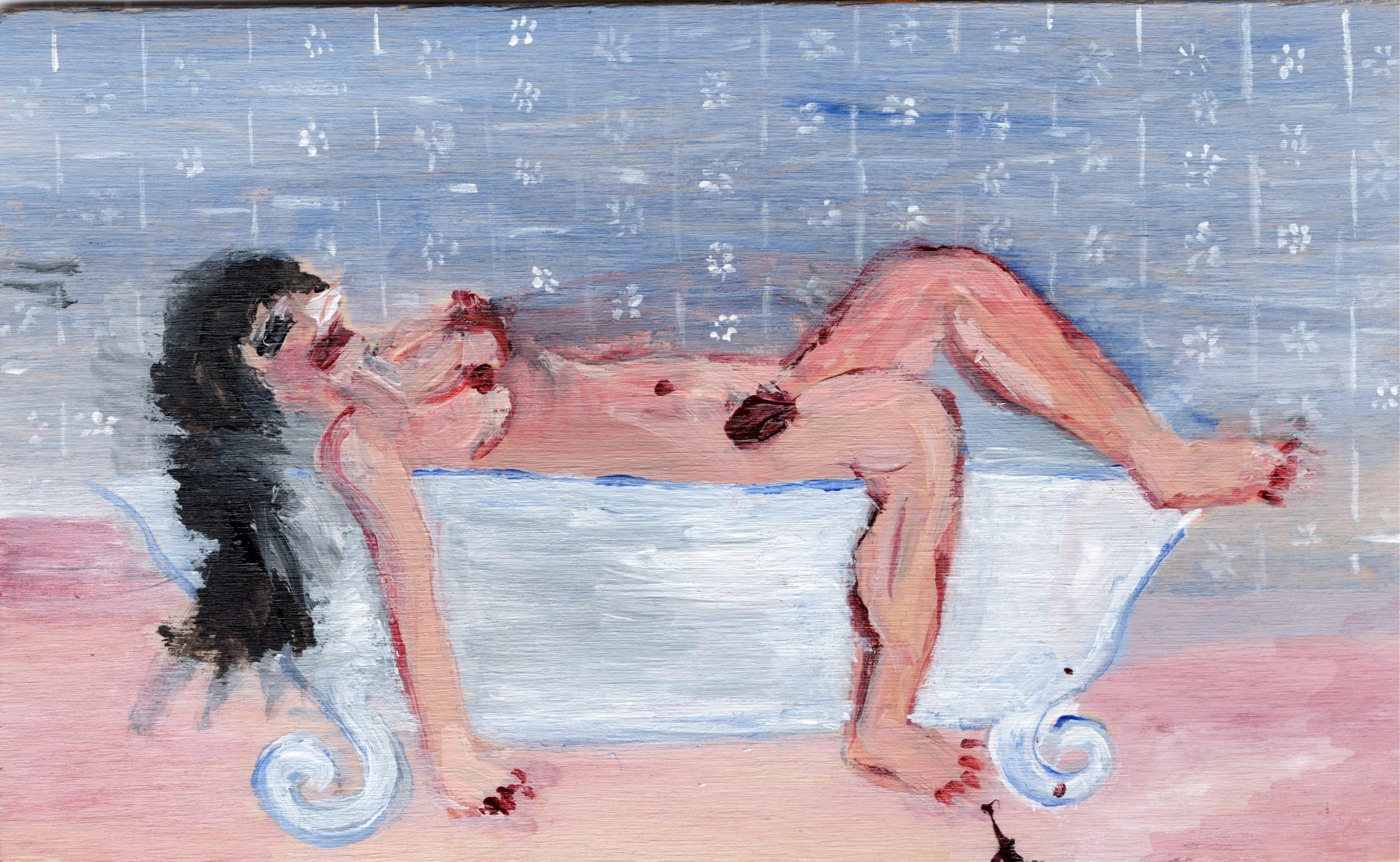 Michal Rubens is an Israeli painter who currently lives and paints in Potsdam, Germany.

Rubens’ paintings draw from and tie together, her family history and her own experiences, alongside collective memories that are so deeply ingrained that they have become like true, personal memories.

Her works expose the subtext of the images, the stories behind the paintings. In some cases, this exposure is subtle, in others, it is explicit and even violent.

Children games, dancing in the woods, wild laughter, seductive woman, toxic mushrooms, predator animals, fire, passion, running in the fields and vulnerability. These are the materials of which the exhibition consists.
Rubens’s work has been shown in several solo exhibitions and group exhibitions in Israel and Berlin.

Singer songwriter, Roni Alter, offers us a unique and emotional universe. Born in Tel Aviv, she currently lives in Paris.

Her new album – “Be her child again” was released in 2019, and on the last French Music Awards (Victoires de la Musique) it was nominated as “Album revelation of the year.”…
With her special colour of voice, poetic and melancholic, we are captivated from the very first note.
Accompanied by Clément Ducol on the musical production (Camille, Christophe, Vincent Delerm, Vianney etc) and Maxim Leguil on the mix (Camille, Vianney, Radiohead, Justice, Christine&the Queens, Melody Gardot etc) .

״I was born into a home of cinema and music, Daughter of a composer and an actress, sister of an opera stage director.  My father composed some of the most famous Israeli songs, My mother was a part of the major generation of Israeli actors. My path was crystal clear: i will be a musician. Since early age I played the piano, the saxophone, sang in a choir with which I’ve travelled all over the world … always only to come back home to the piano, next to my father, To sing with him the songs that he wrote especially for us. In this life of my childhood, our house was a gathering place for the bohemian and artistic scenery of Israel. I was an observer that became immersed in this universe of culture and art.  After graduating art school, I had the amazing opportunity to sing two duets with Israel’s most important singer; Arik Einstein. As far back as I can remember, music has always been my most loyal companion. I was born into it. I live through it.״